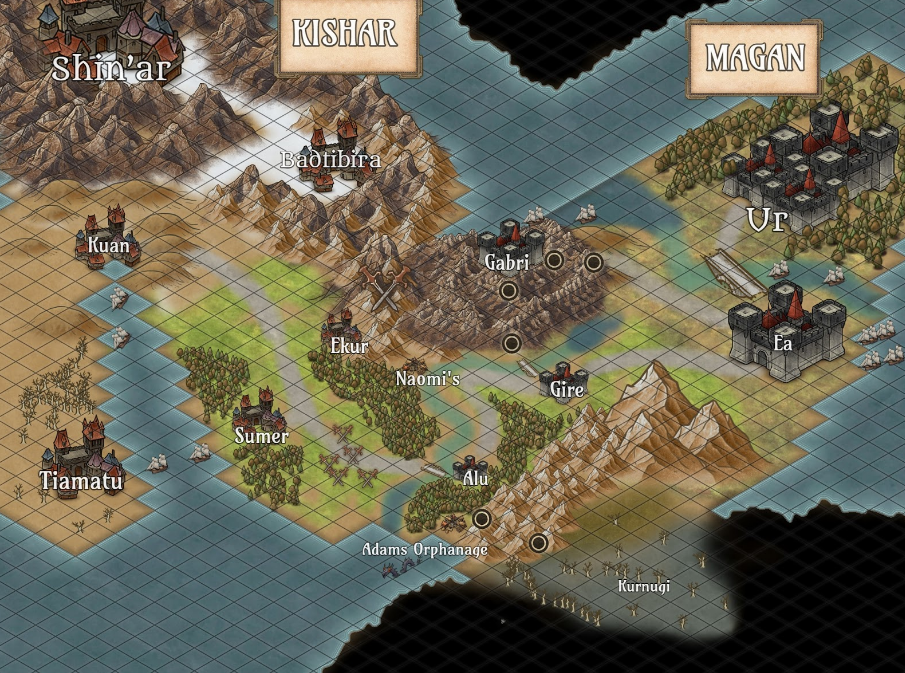 Ersetu is a world built on the Sumerian Conspiracy theory. The powerful Annunaki came to earth to make a world inhabitable for a new creation of humanoids gene-spliced from apes. To watch over them they left Adam a Lilith. Now, millenia later, the Annunaki have returned to judge humanity and to see the fruit of Adam and Lilith's labor.

The story begins with Wilum and Eve at Adam's orphanage; they have no idea any other human beings are alive on the planet. When more humans show up one day to capture Adam, they are left floundering across the world of Ersetu trying to find the meaning of life, purpose, identity, and their magical aptitudes.